Going on a human-powered 6-month trip in Alaska’s wilderness!

In the last month of our journey we talked a lot about what we could do at the end. Ricardo only had to go back to work at the beginning of October and Salomé did not have such a deadline.This meant that we had nearly a month before we needed to be back in Seattle. Initially we wanted to buy a car in Alaska and slowly drive back to Seattle stopping in Banff and Jasper National Parks. We agreed that flying immediately back to Seattle would be too hard after so much time in the bush. We wanted a slow reintroduction to work life and slowly driving back to Seattle felt like the right thing to do. We realized more and more that our initial plan proved very complicated because of two issues: (a) it was very hard to find a car to buy due to COVID and (b) winter came a month early in 2021 (we did not really want to drive in snow for hundreds of miles). So when our friend Arthur invited us to his off the grid cabin in Chisana and even offered to pick us up with his small bush plane in Cordova, we could not say no. And it turned out to be the perfect way to end our trip.

Arthur is one of the many incredible people we met during our journey through Alaska. He is a retired Swiss pilot who spends every year a couple of months in his off the grid cabin in Chisana. We met him on the airstrip in Chisana at the beginning of August when we had to skip ahead a small section due to a wildfire. Arthur was waiting for the mail plane as we landed and immediately invited us to his cabin. It was raining and the bugs were ferocious, so we agreed to join him for tea. We had such a lovely time drinking tea and eating his delicious homemade walnut tart (a traditional tart from Switzerland) that we ended up staying for the night. And we are glad we did, we found in Arthur another good friend in Alaska/Switzerland.

Chisana (pronounced Shooshana) is a historic town in Alaska with a fascinating history. It was founded in 1913 after prospectors found gold in the area nearly 20 years after the first gold rush in Alaska. Thousands of stampeders made the treacherous way through the Wrangells, through narrow valleys, over glaciers and across raging rivers. This was the last gold rush in Alaska. Chisana rapidly grew to what became known as the largest log cabin town in the world. At boom time, there were about 450 cabins in Chisana housing over 1000 gold miners and their families. The boom lasted only a couple of years and Chisana was mostly abandoned after that. Today not much is left from these times, just a couple of log cabins, some maintained by the National Park Service, others slowly falling apart. When in 1978 the Wrangell St Elias Nationalpark was established (the largest national park in the US, larger than Switzerland), Chisana remained private property surrounded by this gigantic national park.

Chisana is still not linked to the road system and can only be reached by bush plane or on snowmobiles in the wintertime (or on foot: three days from Nabesna including two very challenging river crossings or 6 days from McCarthy also including challenging river crossings). Today only a handful of people own a small piece of land in Chisana and have built simple off the grid cabins there. No one lives there full time anymore. There is no electricity nor running water nor heating. Most cabins have an outhouse. For water, most go either to a well or to the creek to collect water and then pump it into a tank in their attic which feeds a tap and maybe a shower. All cabins have a wood stove burning the black spruce growing on their property. A couple of solar panels (and a generator on cloudy days) charge batteries for light and satellite internet. We got used to turning off every appliance if not needed, including the internet, use gas and water sparingly and shower only every 4-5 days. The arrival of the mail plane twice a week is a major event in this small community. It allows people not owning a plane to order food and fly in and out of Chisana for a reasonable fee. But life remains simple in Chisana, it is just hard and expensive to bring stuff into Chisana.

Initially we thought that we’d only spend a couple of days in Chisana. We had big plans of hiking to the Chisana glacier and paddle the river down, back to Chisana. But soon we settled into Chisana Rhythm, a much slower pace of life filled with good conversation, lots of cooking, baking and reading, some woodworking, stargazing and just watching the seasons change. We still went on small walks but never made it to the Chisana Glacier and it did not matter. It was a time of being, not of doing. As we arrived the blueberry bushes were red and the cottonwood trees yellow. Ten days later, in mid September snow fell and did not melt anymore. We went to fetch water, helped a neighbor mill some logs for a bridge, Ricardo watched community members butchering a moose, we learned to drive a quad, and we watched out for auroras on clear nights. We enjoyed the slow pace, not having to think of the next challenge awaiting us down our path and also slowly reconnecting with the amenities of normal life: a roof over our head, a stove and oven to cook and bake, fresh food, some access to the internet and spending time with other humans.

Our friend Cat (who was on our ground team, a group of friends which helped us with logistics and with whom we checked in every evening) was visiting Alaska as we were in Chisana. Initially we thought that we’d stay in Chisana only for 4 days and join Cat on her road trip afterwards. But we were having such a good time in Chisana and when Arthur offered to pick her up too and she agreed, we ended up staying much longer, even staying for a couple of days after she left. We ended up staying two weeks! Flying with Arthur was one of the highlights of our time there. He is a very experienced pilot and is not afraid to fly close to mountains. These flights over the Wrangell mountain range were breathtaking, being so close to these incredible mountains and glaciers was something we had never experienced before. Thank you Arthur for making us feel so welcome and for these amazing flights.

Before flying back to Seattle, we went to visit Erin and Hig in Seldovia. Their help during our trip was invaluable, sending us tips and tricks to deal with the cold and wet climate, helping us with our route and encouraging us when we were down and doubting. They live in a yurt in Seldovia, only reachable by a small water taxi or a small plane. We drove to Homer in a blizzard and braved the rough sea the next day with the water taxi. We spent three days with Erin, Hig and their family including their two kids, mother and sister, building trails, exchanging adventure stories and sharing meals. We learned more about their incredible adventures with kids and are truly in awe at their adventurous spirit. Valisa, Hig’s sister, is a cut-paper artist. She took us to her studio, beautifully located in a bay with views on large volcanoes. It is only accessible via a rowing boat. We really enjoyed meeting Erin, Hig and their family in person. They helped us so much during our trip without ever meeting us before. We are incredibly thankful for all their help!

Coming back to Seattle wasn’t easy. Ricardo had to adjust to work and Salomé had to figure out what to do next. We both struggled with that. We spent our first few days buying a car, not an easy task during a car shortage. It started to sink in that our Alaska adventure was over, leaving us with a void. A full year had been devoted to this trip, 6 months of planning and the actual 6 months of being on the trip. And now it was all over. But it never takes Salomé long to dream of new adventures… 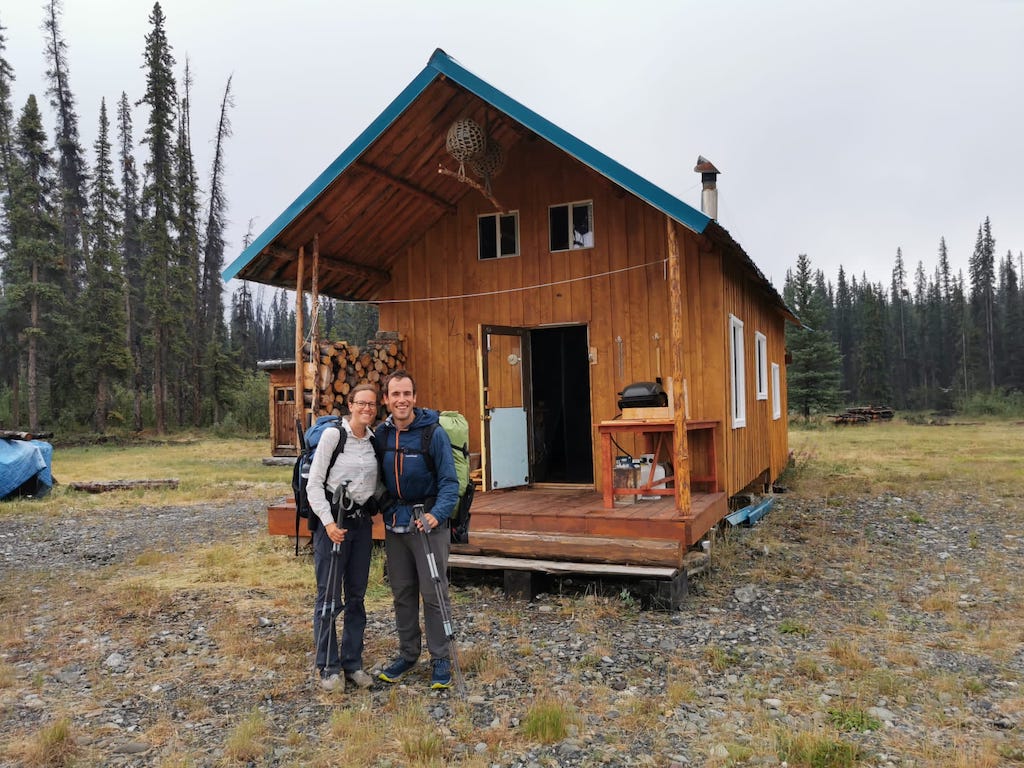 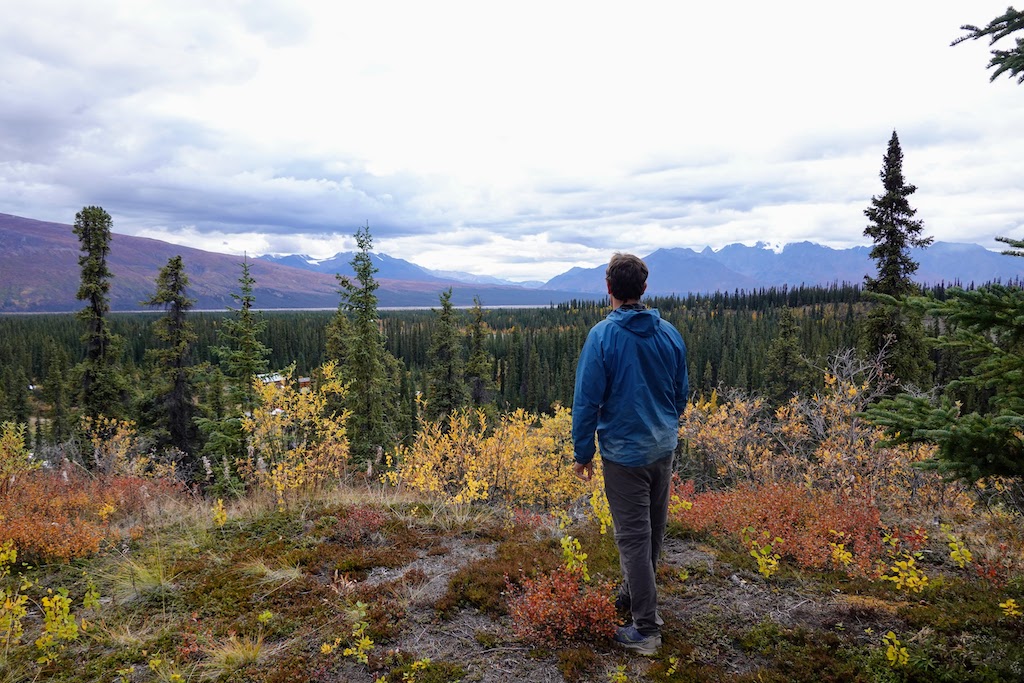 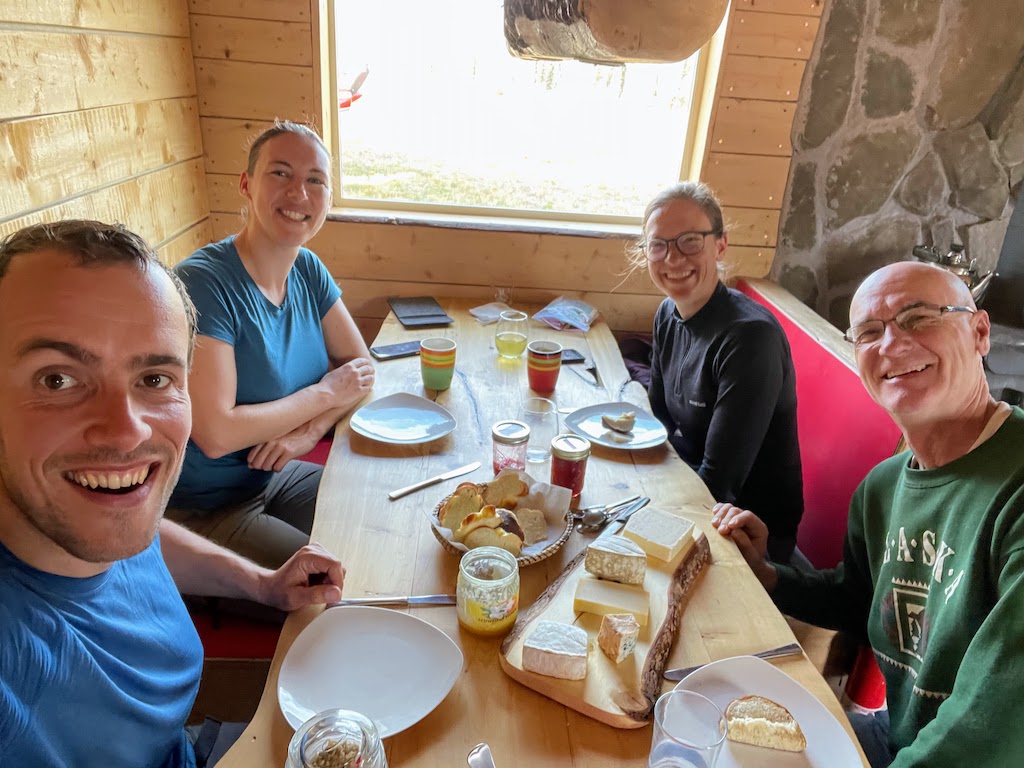 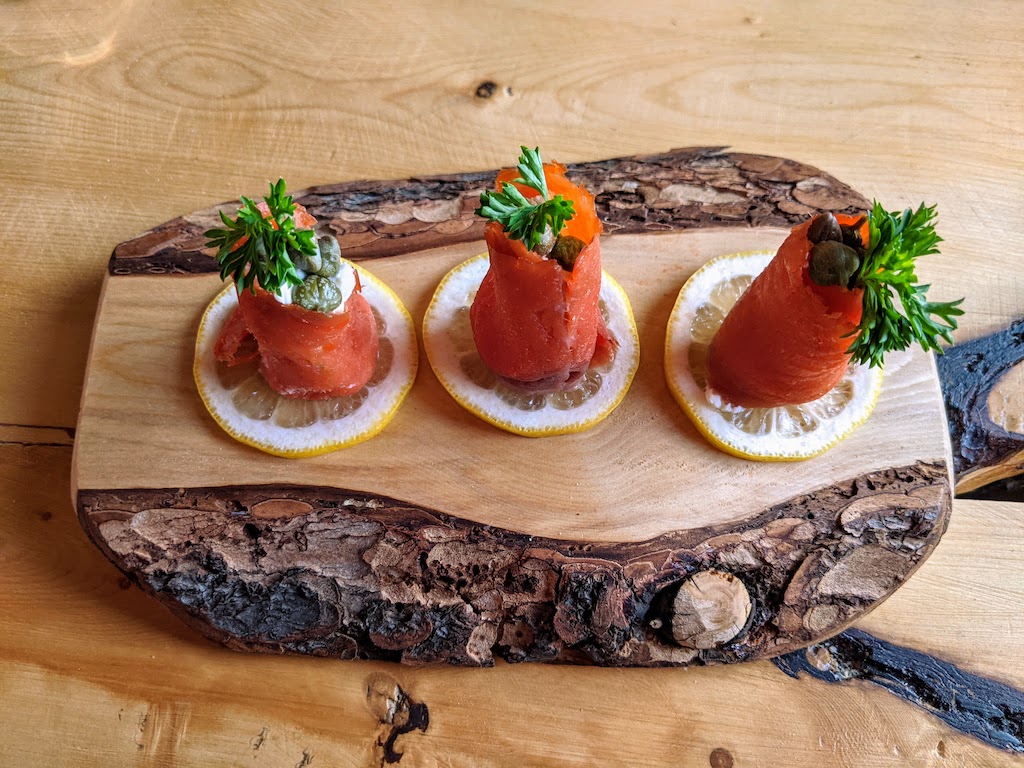 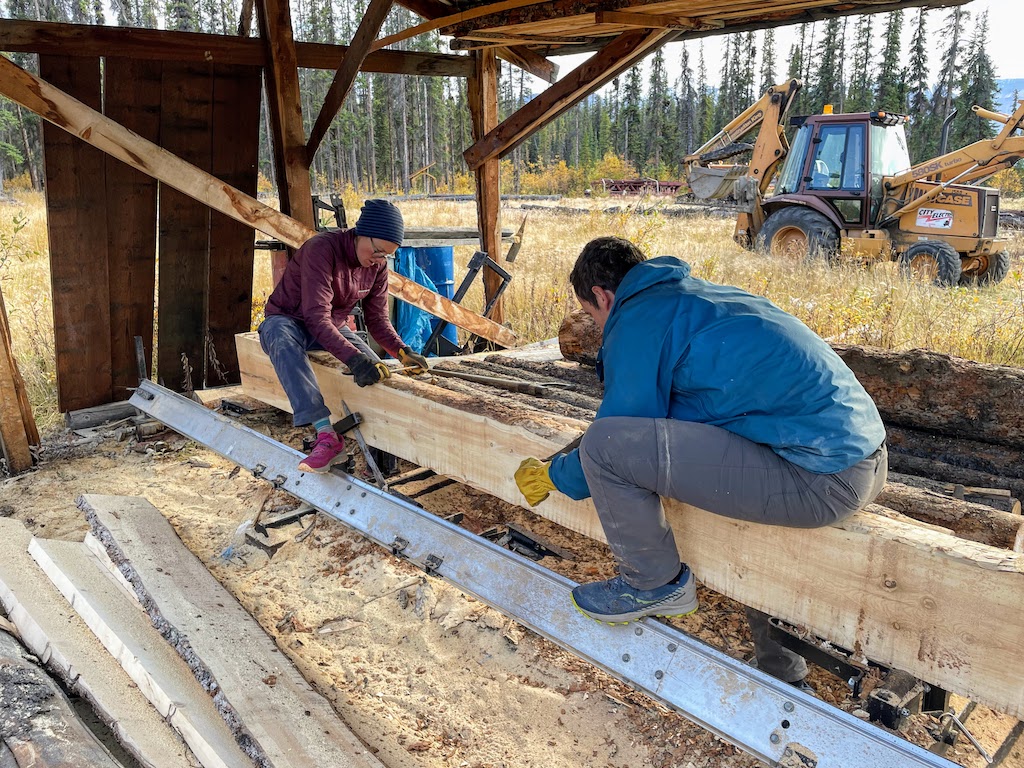 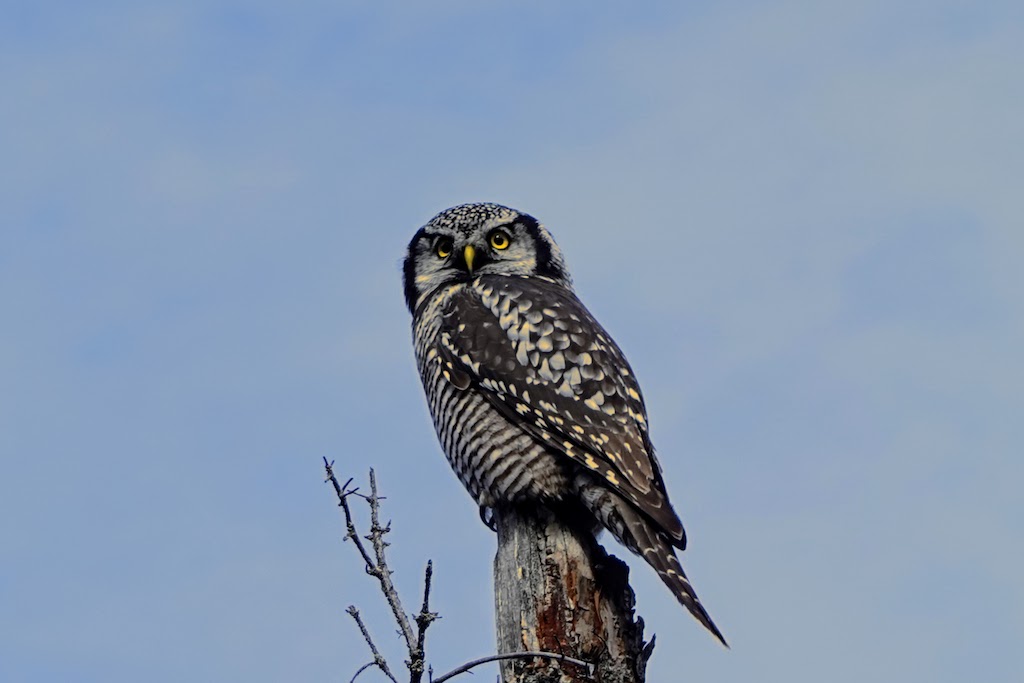 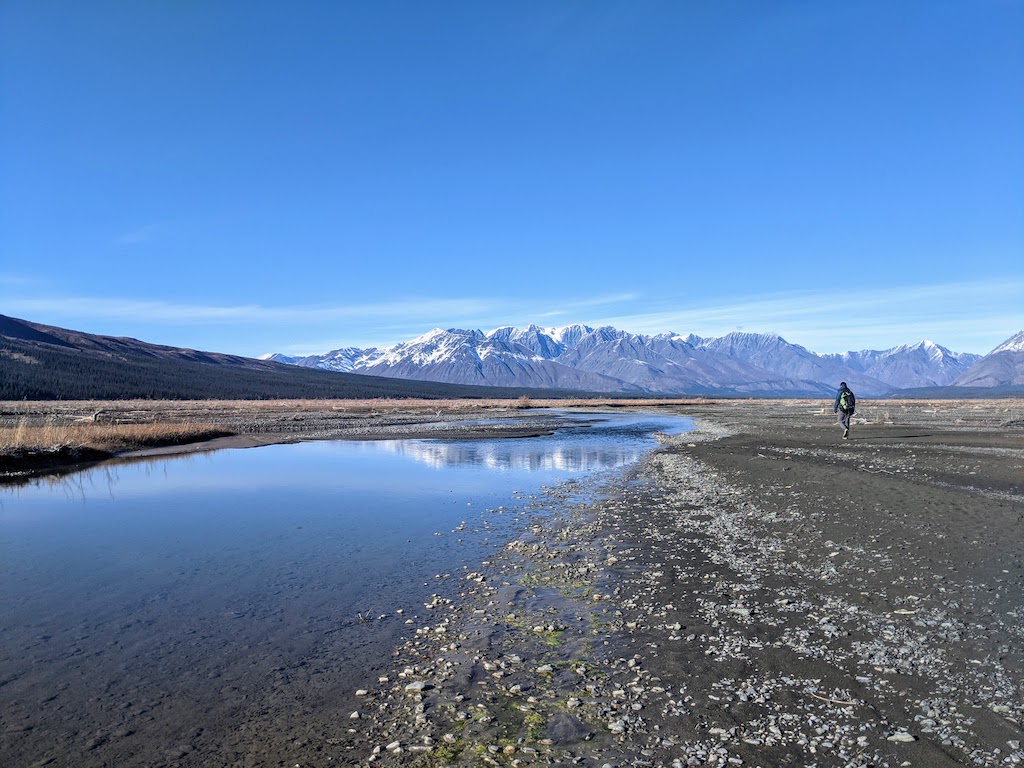 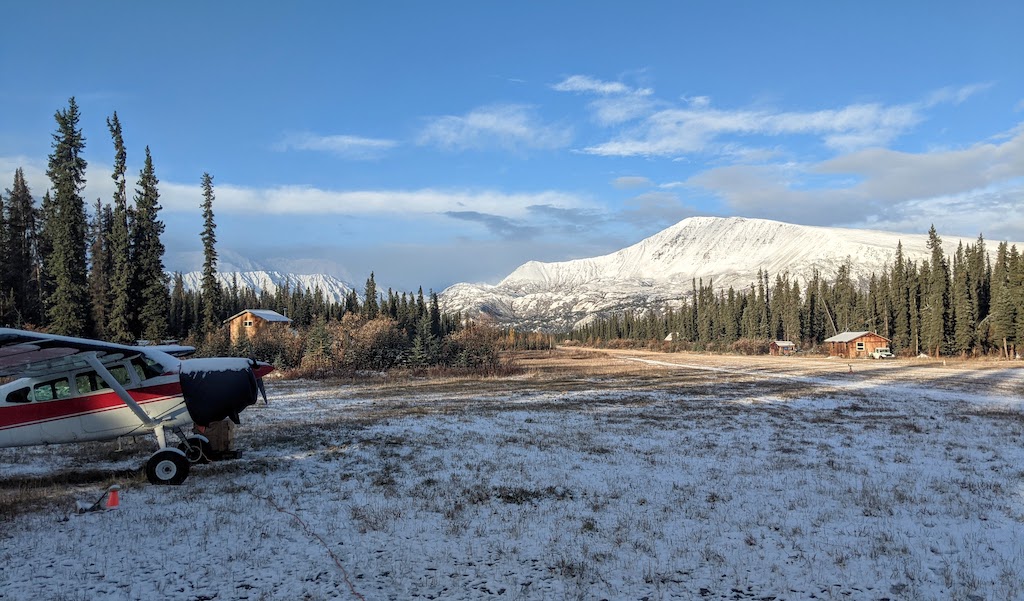 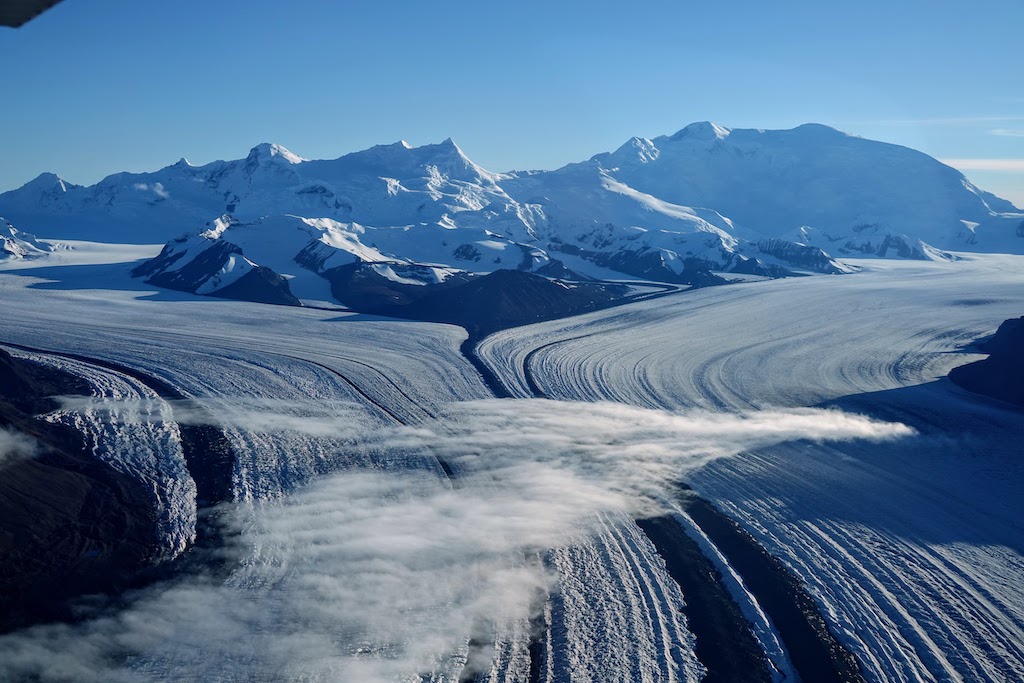